This post is a part of my 10-Minute Tuesday series, but with a twist. I am not stopping at the 10-minute mark, but I am using a one-word prompt. Today, in honor of the new “Avengers: Endgame” movie, my word is “dusted.”

Don’t worry. Even though I’ve seen the new Avengers movie, this post will not contain any spoilers. If, however, you haven’t seen “Infinity War” or “Captain Marvel,” you may want to come back later.

My family and I are big Marvel fans. We own all the movies from the Marvel Cinematic Universe (MCU), and somehow my kids have gotten me to go to the last few pretty close to opening weekend. When we know one is coming, we put it on the calendar and await the day.

We knew “Infinity War” would be a hard one to watch, and we were right. It’s terrifying to watch a war unfold that you believe can’t be won by the good guys. Marvel threw every super hero into the mix, and no one could stand up to Thanos. He was that powerful. And with all the infinity stones in hand, he seemed unstoppable.

Before Nick Fury blew away as so many dust particles, he used his little communicator to send a message. For fans of the Marvel comics, that symbol on his screen spelled hope: Captain Marvel. Surely we were saved.

But still we walked away from “Infinity War” with a heavy heart. Half our heroes were decimated by one snap of Thanos’ fingers, and though we wanted to believe they weren’t all dead—we knew there were other Marvel movies coming, after all—we didn’t know who we’d eventually have to say good bye to. It was just too much.

The entrance of Captain Marvel in her solo movie introduced us to a warrior who had come into her own. She realized who she was. She stopped listening to the lies being told to her. She finally allowed all the power that was hers for the taking to shine through.

And we believed that she would be the one to finally help defeat Thanos.

Thanos made his choice to destroy half of all living creatures in the universe seem like he was doing everyone a favor. Resources were limited. There were just too many people on every planet to sustain it. So he made himself supreme and took it upon himself to decide who lives and who dies.

The chosen were dusted. The rest were left to mourn. 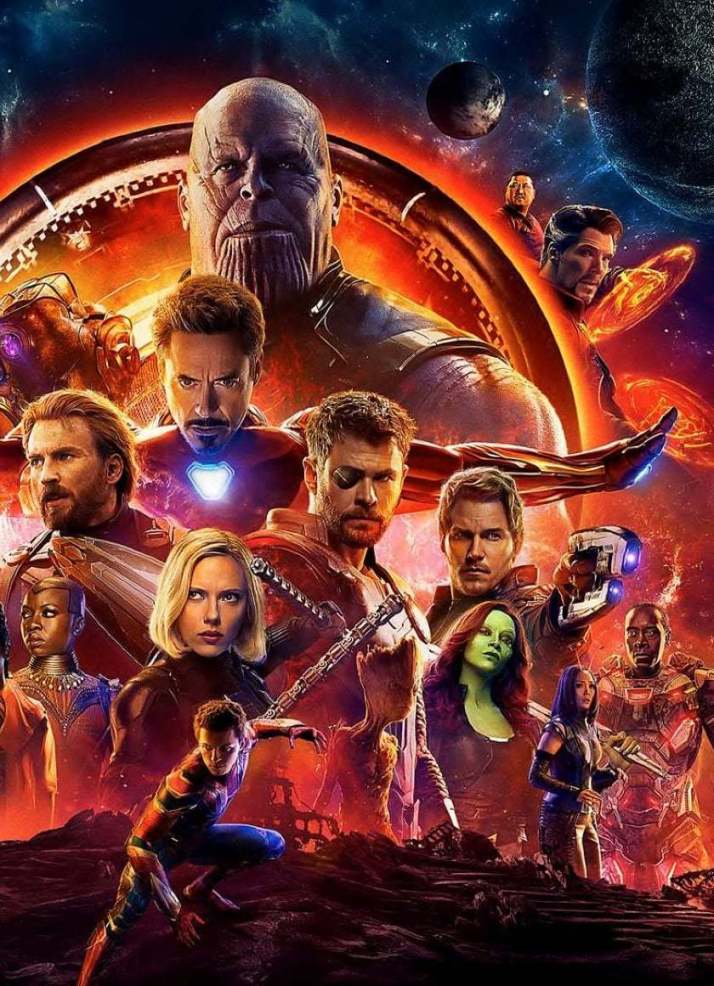 Sometimes, there doesn’t seem to be a solution to all the evil that is in the world. You might solve one problem, but then another crops up to take its place. There will always be another villain. The poor, the downtrodden, the marginalized, they will always be among us because someone will always want to be the conqueror.

Inherent in all of us is the knowledge that nobody should have the right to decide with one snap who lives and who’s dusted. I haven’t heard of anyone applauding Thanos. He didn’t choose to wipe out only the “bad guys.” The criminals. The sociopaths. The psychopaths. His decision was seemingly without thought. It was obviously without remorse. He really didn’t care who lived or died, or he would have just taken out all the Avengers. Why let any of them live?

Deep down inside, we want things to be fair. We want justice. We want good to triumph. Wouldn’t it be great if we could know the end of the story while we’re still watching? Wouldn’t it be nice to know that Good wins in the end?

Here’s a life spoiler alert: He does.

What do you think? Cancel reply

There was an error retrieving images from Instagram. An attempt will be remade in a few minutes.