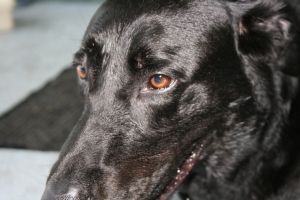 We have an old black Lab, Berkeley, who is a big barker. He will go on and on for no apparent reason. Our house is on a cul de sac and we have a yard that goes all the way around the corner, so he can see every activity on the streets surrounding us.

And every movement is a threat, apparently.

We have tried many things to get him to stop, to no avail. Our latest effort is for everyone to use the same language all the time when he starts barking. We say, “That’s enough.”

It doesn’t do much good; he just keeps barking. What we seem to be saying when we’re saying “that’s enough” is “stop your incessant barking!”

Moms will say to their kids, “I’ve had enough of your constant fighting!” What she’s 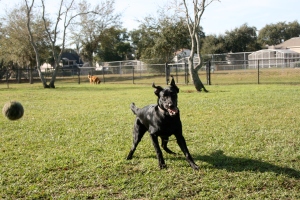 actually saying is “I was done with it way before this.”

A bartender will say, “I think you’ve had enough, buddy.” What that means is, again, too much. I gotta cut you off.

But when we say that Jesus is enough, it turns the whole thing around to mean more than we’ll ever need. More than we would even think to ask for. Able in every way to meet our greatest needs.

And then there’s us. We are enough. We don’t need to add to who we are. We don’t need to be something we’re not. We need to think of ourselves as being everything that we are supposed to be. We have value because we are image bearers of God. We amount to something.

It’s important to see the context of the word. We are never less than enough; Jesus is always more than enough.

And my dog still barks way more than I want him to.